After all that was going on….I felt we needed a bit of ‘normalcy’ in our lives for ONE day before the real intense stuff started.

I had secretly invited a bunch of people to our home on Sunday, Nov 23rd. It was a week before Chemo/Radiation would start and Nick was feeling pretty good. I wanted to capitalize on that and have a little party for him. We didn’t know HOW he would feel once chemo started. So all day Sunday…people were arriving……

He finally figured out why I had told him he should put on a NICE shirt….

He LOVED it…..so many people came and sat a spell. 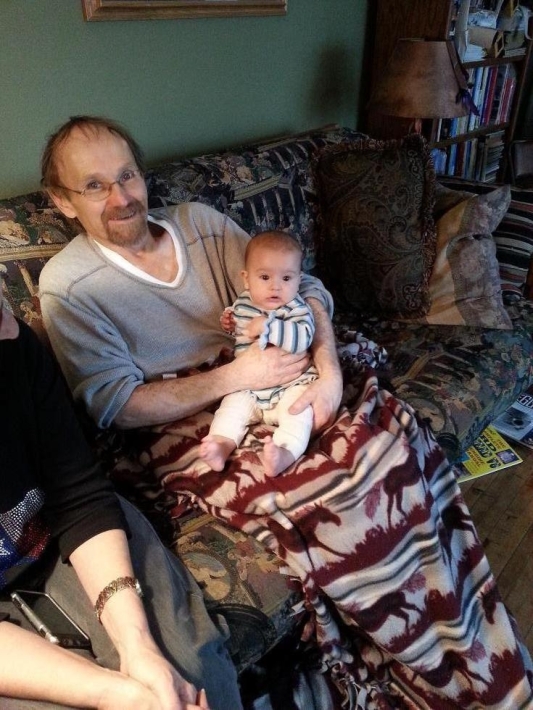 We had munchies, memories and fun. Just sitting around talking and the grandchildren were there…..Juliana let Papa cuddle her…Which was awesome in itself….She’s a Daddy’s girl….

The grandchildren love their Papa Nick…..and that makes me happy.