David Lee “Nick” Duerkop passed away Friday, July 22, 2016, after a long and difficult battle with cancer. 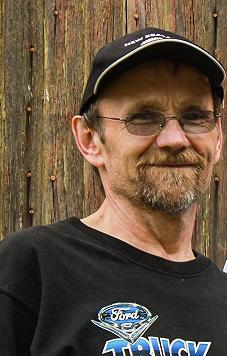 Nick loved working on cars and small engines. If it didn’t work, it did by the time he got done with it. He especially loved working on the old classics. His favorite being a 1957 F100 he bought from his brother, Gerald, and Sue’s 1965 Mustang. His love of old cars caused these two to win trophies at car shows. He was very proud of this.

He was preceded in death by his mother, Lucille; father, Donald; and brother, Gerald.

A funeral service will be at 11 a.m. Wednesday, July 27, at Coulee Region Cremation Group and Funeral Home, 133 Mason Street, Onalaska. Visitations will be from 10 a.m. until the time of the service, and 4 to 7 p.m. Tuesday, July 26, at the funeral home. The Rev. Luanne Sorenson will officiate.