This might be kind of long because a LOT of shit happened this weekend. So I’ll start with Friday.

Our internet went down at work sometime during Thursday evening. So Friday, we were dead in the water until 3pm. At 1pm, after sitting at my desk with NOTHING to do, I said I’m outta here. See you Monday.

So off I went up the scenic route along the Mississippi. Stopped in Alma and chatted with Nick. I hadn’t been there in a while. Someone has been leaving cheap tacky toy cars on the bench. One has a missing wheel. Sheesh.

Then I continued on my way, arriving not at 7ish as I told them, but at 4:15pm. Only to find my friend at the top of the stairs, wobbling, barely able to walk without holding on to the walls. My heart sank. I knew for sure he had lied to me during our fight on the phone 9 or so months earlier. Three times over the weekend I made him understand that if he didn’t stop, he would NEVER see his daughters or me again. They are done as am I. He has been a dear friend for 30 years. But I am done with having to deal with an alcoholic. And he is getting to the bottom. He cannot sink much further.

Or maybe he can. I just know I’m awaiting a phone call this evening telling me he is in detox. If I don’t get one? He won’t hear from me again.

We went to the rehearsal and the bride was in tears. She took one look at him, said ‘you failed me.’ and walked away crying. He was not walking the bride down the aisle. They made him sit in the back. When we got outside I asked the bride if she wanted him at the rehearsal supper. She said no. So he took me out for supper and we went back to his house where we watched part of a movie before I went off on him. He kept denying doing anything wrong and finally I blew. I told him I had lost ENOUGH people in my life in the last year, and I was NOT going to lose him. I would WALK away…..I went to my room and tossed and turned for hours. So angry and upset.

The next day was the wedding. I suspect he snuck some before coffee or while I was in the shower. Because I could smell it, altho by now I’m sure it is embedded in his skin. I made him give me all he had on the farm. He claims the one bottle in the fridge was all he had. I looked him in the eye and told him alcoholics are the best liars.  He reassured me and I told him that again. He is NOT getting off the hook as long as I’m there.

We got to the church. He was steadier and more coherent than the night before … and shaking like a leaf in a hurricane…..he made it through the wedding and on to the reception. I was keeping an eagle eye on him as I had instructions to take him home if anyone suspected anything. He just kept getting crabbier as the night went on. And no one would let him near the bar. He promised we’d dance. That didn’t happen either.

Now, in the middle of all of this, enter a man I’m going to call Wren.  (some names have been changed to protect the innocent…..oh hush) I’ve been talking on line with him for about a week or so. He’s funny as hell, we have GREAT conversations on text, the dating site and now via email….he makes me laugh like I haven’t for a while.

I am a bit concerned on how fast we are getting comfortable with each other. He met me at the wedding dance. Wren musta been a bit nervous because I told him he should come about 7pm after reception was done and the dance had started. I got a text 50 minutes early. “I’m in the bar.” We were done with the supper by then so it was OK, but I had to laugh….

I told him to meet me behind the shiny black pick up in the parking lot…so I watched to see if anyone came out. It took him a few minutes but I saw him come out and look around so I went to meet him.

We went down into the bar and he bought me a glass of wine, we sat and talked until the SECOND person came from the wedding looking for me. We went to the dance and talked for like 2 hours. Laughing and having a great time.

Then a slow song came on.

Shortly after that he was ready to leave to drive home. I walked him to his vehicle (a Chevy ….*facepalms*) and I got two MORE awesome hugs. This guy feels SO good in my arms.

Not long after he left, it dawned on me we didn’t take any photos!! I text him “OMG We forgot to get a picture! How could we have forgotten that??? *back of hand to forehead* I feel like such a failure! Someone is bound to come and strip me of my Genuine imitation fake gold star!! And I put so little effort into winning it!!”  We did too. Totally forgot to have someone take a photo.

The problem with Wren and I is that we are 3 hours 9 minutes apart. And I don’t know how we will fit into each other’s lives.

I just know I want to try…. 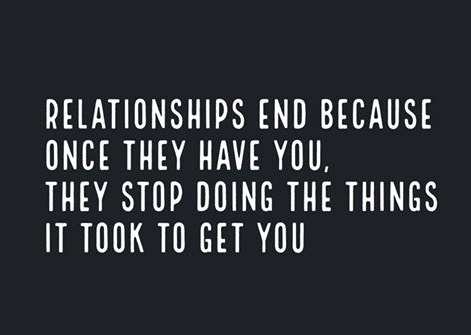 I also know I cannot move further north away from my family. He can’t move this direction away from his…..so we’ll see what happens. Even if we have fun for a while and end up as friends, I don’t care. I just want this man in my life.

He makes my gut hurt!