This is the 7 Rivers Region.

The Mississippi, Black, LaCrosse, Bad Axe, Trempealeau, Root…. and I can’t recall the other one. This photo shows the airport. It is on French Island. That is where Nick lived from age 15-18. His mother lived there up until about 6 years ago. My work is just across the water to the right and down. The highway you see running by the airport across the water is I90. It’s what I take to Minnesota to see the family.  If you can find the baseball field…I work halfway between I90 and that baseball diamond. My company supplied all the cable for the overhead supports  holding the canopies up on that field. 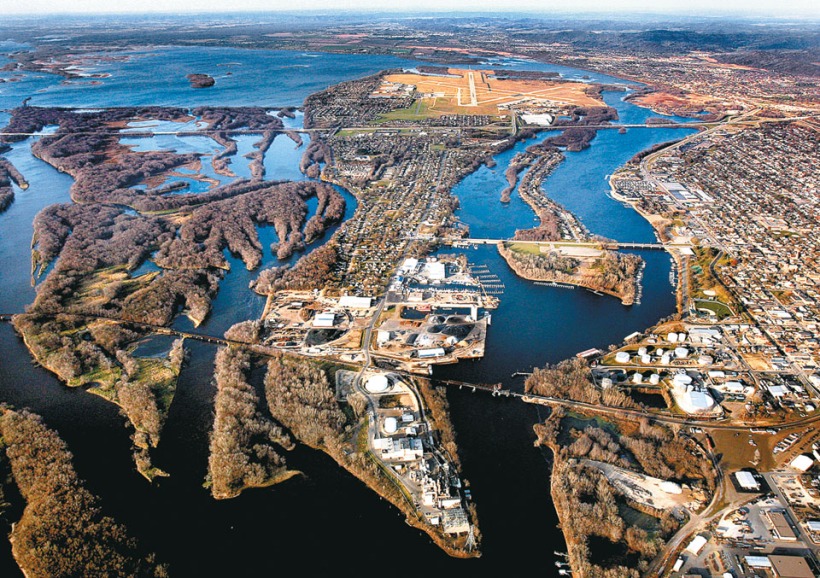 I love this area. The rivers are so beautiful. The LaCrosse and Black Rivers converge with the Mississippi here and as you can see, created some beautiful islands. We are known as ‘The Driftless Area’ meaning the glaciers basically ‘split’ and went around on both sides of us. The green area is where the Glaciers missed.

I live in Trempealeau County. If you look across the state border into Minnesota, you see Rochester where the famous Mayo Clinic started. Gary and I go there regularly as he lives only 15 minutes from Roch. If you find Vernon County….I grew up straight west of there in MN.  It is a very beautiful area and we do call it God’s Country. Because I hope no man is arrogant enough to think HE created that beauty.

…….now you all know where you can stalk me from your vehicles. 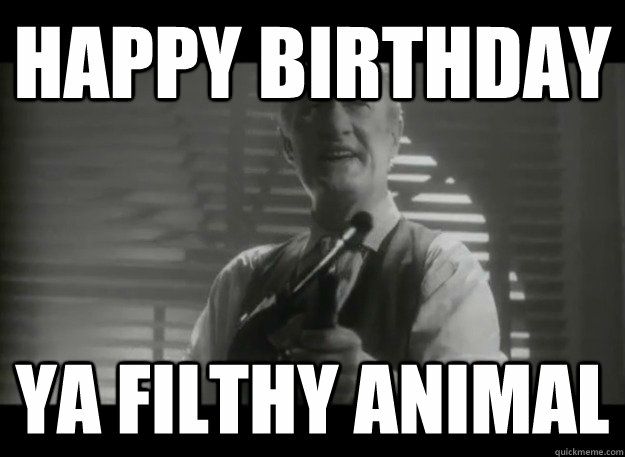 ………as usual…..are wonderful people. I will enjoy this couple. She’s a professor and I don’t know what he does yet except duck to come in the door. Holy cow he’s tall.

Tonight………….omg! I’m so excited! The next step in finishing up my clothesline is TONIGHT!!! Cement around the pole and add the clothesline line!!! How sad is that how excited I am over this???? I should get a photo huh? Sorry.

Last night I tried video calling my daughter. She didn’t answer but about 10 minutes later she called me back. I could see Willa watching the phone … 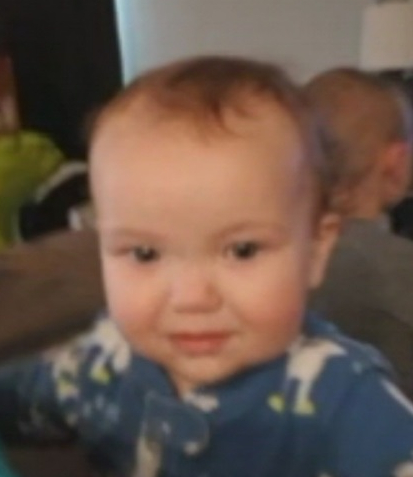 She still steals Mommy’s phone and runs off with it, hugging and kissing the phone. I especially love it when her face is covered in chocolate and she kisses Mommy’s phone

(photos are of different videochat sessions. Just using to show how her face LIGHTS up so pftttttttttttttt)

I opened my AirBnB again April 1 I think. Nothing for weeks.

Tuesday BAM We are coming Thursday thru Sunday Oh and we need another bed for our daughter.”

I go in and my listing says FOUR??? No. 2. Damn. So I have to open the student’s room. Gary and I spent over an hour last night getting that room ready. It’s already ready for my student, but I took everything out of the closet. So we just moved it all over to the room I have to gut so I can sort and it’s out of Lorenzo’s room. Closet rod needs fixing so that will get done this weekend.

So many things to do and so little time.

If you look close, you can see them in the back right of this pot. They look like little ladies with billowy skirts! I love ’em!!

These are the other ones in that flower box. It is not basil, it’s a dahlia. I know it looks like one but it’s not. LOL !

I don’t really care. They are all so beautiful ! And all so healthy! These are all from the Amish Greenhouses we went to. Within one week they are almost all sold out of everything. Wow.

Have a GREAT day everyone!! 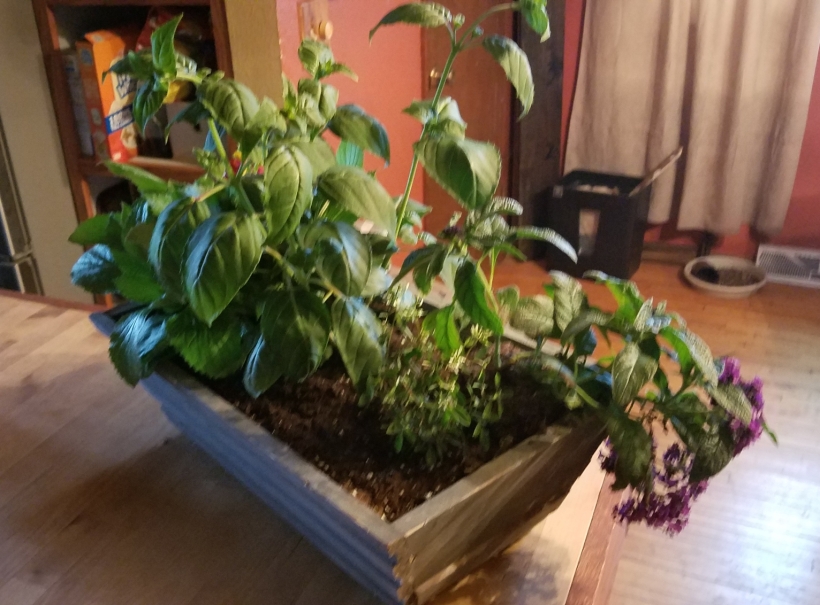 I forgot I had these two boxes in the basement. And no that’s not basil…. it’s…..it’s….um…… DAMMIT.  OK, I’ll take photos of the plant stakes tonight.

My two planters. Frost warnings over the next two nights mean they get to live indoors for a bit yet.

Bug experts dismiss worry about US ‘murder hornets’ as hype… 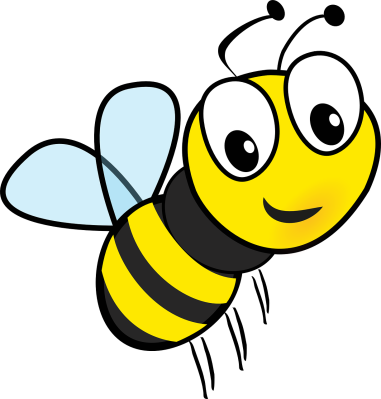 Insect experts say people should calm down about the big bug with the nickname “murder hornet” — unless you are a beekeeper or a honeybee.

The Asian giant hornets found in Washington state that grabbed headlines this week aren’t big killers of humans, although it does happen on rare occasions. But the world’s largest hornets do decapitate entire hives of honeybees, and that crucial food pollinator is already in big trouble.

Numerous bug experts told The Associated Press that what they call hornet “hype” reminds them of the 1970s public scare when Africanized honeybees, nicknamed “killer bees,” started moving north from South America. While these more aggressive bees did make it up to Texas and the Southwest, they didn’t live up to the horror-movie moniker. However, they also do kill people in rare situations. 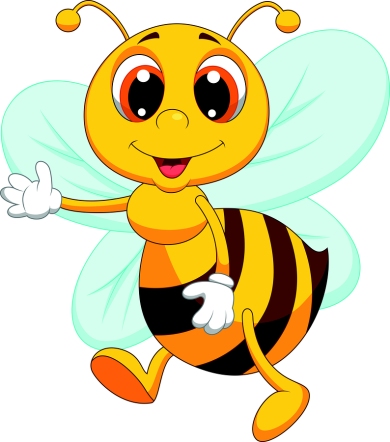 This time it’s hornets with the homicidal nickname, which bug experts want to ditch.

“They are not ‘murder hornets.’ They are just hornets,” said Washington Agriculture Department entomologist Chris Looney, who is working on the state’s search for these large hornets.

The facts are, experts said, two dead hornets were found in Washington last December, a lone Canadian live nest was found and wiped out last September and no live hornets have yet been seen this year.

Looney has a message for Americans: These hornets are not coming to get you. “The number of people who are stung and have to seek medical attention is incredibly small,” he said in an interview.

While its nickname exaggerates the human health threat, experts said this hornet is especially big — two inches long — so it does carry more and stronger toxin.

“It’s a really nasty sting for humans,” said University of Georgia bee expert Keith Delaplane. “It’s like the Africanized bee … A dozen (stings) you are OK; 100 not so much.”

University of Illinois entomologist May Berenbaum said of the worry: “People are afraid of the wrong thing. The scariest insect out there are mosquitoes. People don’t think twice about them. If anyone’s a murder insect, it would be a mosquito.”

Mosquitoes are responsible for millions of yearly deaths worldwide from malaria, dengue fever and other diseases, according to the World Health Organization. Asian giant hornets at most kill a few dozen people a year and some experts said it’s probably far less.

Hornet, wasp and bee stings kill on average 62 people a year in the United States, according to the Centers for Disease Control and Prevention.

In Japan, Korea and China, “people have co-existed with this hornet for thousands of years,” said Doug Yanega, senior scientist at the University of California Riverside Entomology Research Museum.

Yet bug experts across the country are getting worried calls from people who wrongly think they saw the Asian hornet.

“This is 99% media hype and frankly I’m getting tired of it,” said University of Delaware entomologist Doug Tallamy. “Murder hornet? Please.”

Retired University of Montana bee expert Jerry Bromenshenk said in an email, “One nest, one individual hornet, hopefully, does not make an invasion. … Do we want this hornet — surely not. But the media hype is turbo charged.”

For bees and the people who rely on them for a living this could be yet another massive problem, but it is not one yet.

The number of U.S. honeybees has been dropping for years, with the winter of 2018-19 one of the worst on record. That’s because of problems such as mites, diseases, pesticides and loss of food.

The new hornets would be different. If they get into a hive, they tear the heads off worker bees and the hive pretty much dies. Asian honeybees have defenses — they start buzzing, raising the temperature and cook the invading hornet to death — but honeybees in America don’t.

The worry for beekeeping in Washington is based on a worst-case scenario that officials have to take seriously, Looney said.

Yet even for bees, the invasive hornets are far down on the list of real threats, not as big a worry as the parasitic “zombie fly” because more of those have been seen in several states, Berenbaum said.

For people, the hornets are scary because the world is already frightened by coronavirus and our innate fight-or-flight mechanisms are activated, putting people on edge, said risk expert David Ropeik, author of “How Risky Is It, Really?”

“This year is unbelievable in a horrible, horrible way. Why shouldn’t there be murder hornets?” Berenbaum said.